Understanding cars can be difficult if you are not well exposed to the basics of the automobile industry. This should not be a deterrent to keep you off your interest in cars; you can still catch up with the trend and even know about car history. Watching programs about cars and reading are some of the simplest ways to learn about this amazing technology.

It’s a certified gearhead show, made by and for certified gearheads — but it’s also incredibly entertaining, even if you couldn’t possibly care less about cars. There’s a reason why it’s the most watched television program in the entire world. The great thing about it is, you can learn something about a lot of cars.

Check out enthusiast forums for any particular make and model you love.

Any great car has at least one forum on the Internet devoted to talking about nothing but that car. What’s great about these forums is that frequent visitors build up a great and helpful community, and are usually more than happy to share information — including detailed photos of maintenance or modifications they’ve undertaken with their cars.

Your local public library. Use it.

Many local public libraries have automotive sections filled with books that can help you. Some are pretty dry and straightforward, like Haynes and Chilton manuals for specific makes and models. Those will come in handy once you have a better grasp on what you’re doing and are actually working on cars.

Oil is taken to be on the dirty side of dealing with cars, or anything with an engine. But this is one of the most important aspects in a car, actually, the one which enables you to keep riding. As much as it may be taken for granted, oil is at the center of all cars’ mechanism. As you dig deep on understanding cars, you will need to understand a little bit about car oil too.

These are the labels you’ll find on every container of reputable motor oil. The API donut on the right tells you if the oil meets the current SL service rating (C for diesel engines). It also provides the SAE (Society of Automotive Engineers) viscosity number and tells you if the oil has passed the Energy Conserving test. The starburst symbol on the left indicates that the oil has passed the tests listed for SL service.

Viscosity (a fluid’s resistance to flow) is rated at 0° F (represented by the number preceding the “W” [for Winter]) and at 212° F (represented by the second number in the viscosity designation). So 10W-30 oil has less viscosity when cold and hot than does 20W-50. Motor oil thins as it heats and thickens as it cools. So, with the right additives to help it resist thinning too much, an oil can be rated for one viscosity when cold, another when hot. The more resistant it is to thinning, the higher the second number (10W-40 versus 10W-30, for example) and that’s good.

Resistance to thinning with increasing temperature is called viscosity index. And although a higher second number is good, the oil also has to be robust. That is, it must be able to last for thousands of miles until the next oil change. For example, oil tends to lose viscosity from shear, the sliding motion between close-fitted metal surfaces of moving parts such as bearings. So resistance to viscosity loss (shear stability) is necessary to enable the oil to maintain the lubricating film between those parts.

When teens and cars are put together, disaster is bound to happen at any time. This is why most of today’s cars are fitted with safety measures to prevent accidents or their consequent damage and injuries, since teens can do anything with a car, endangering themselves and others too.

A car, not a truck

Some parents feel safer putting their teen in a large pickup or SUV, but compared to regular cars, these heavy vehicles have longer braking distances, cannot grip the pavement as well in a sudden swerve, and are more likely roll over. The only sure way to survive an accident is not to have one, and a car has a better chance than a truck or SUV of avoiding a crash in the first place.

Distracted driving is a major problem for young drivers. Buy a car that has a simple control layout — look for uncluttered dashboards with air conditioning and stereo systems that use simple dials rather than a myriad of buttons, so your teen can change the station or turn down the A/C without taking her eyes off the road.

In the event of a collision, these subscription-based systems will use a built-in phone to call a live operator, who can pinpoint the exact location of the car and send emergency services if need be. General Motors’ OnStar system is the most well-known, but several automakers now offer similar systems, including Toyota, Ford, Lexus, Lincoln, BMW, Hyundai, and Mercedes. For cars that don’t have built-in crash notification, OnStar makes offers a product called OnStar FMV that can be installed on most late-model vehicles. 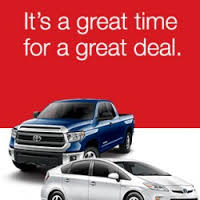 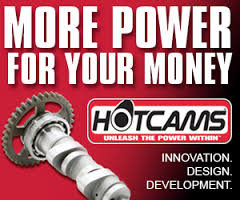